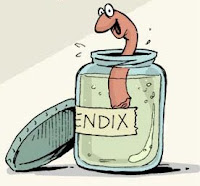 I just think that after billions of years, we are due for some updates to the human hardware. Or software... or should that be firmware? Cut me some slack, I'm still using my Commodore 64. Let's get on these Sapien improvements. Isn't there an app for that?
Posted by Dr. Michelle Fagen

Email ThisBlogThis!Share to TwitterShare to FacebookShare to Pinterest
Labels: chiropractic, Toronto chiropractor, totally unrelated to anything