There comes a time when every new mother must accept that maternity pants are not meant to be eternity pants. When the 'maternity' part of the equation no longer applies, lets face it, they are now just pants; elasticized pants, large pants. In truth, they are buffet pants.

We are in a recession, it seems, and I'm ready to do some receding of my own. Time to get in shape, or rather out of my current pear shape and into something more angular. Muscles are the new black.
I admit to indulging over the last few weeks - the last 52 weeks, to be exact. A year ago I peed on a stick and saw a + sign. Since then, the '+' has come to refer to '+ sized' - portions, garments, waistline. It is getting harder and harder to convince myself that my gaining weight is good for the baby.
And so, back to the gym I go. Salads and grilled chicken for me please, maybe a little guidance from Devon the holistic nutritionist. A little hard work for a new pair of jeans. Spring cleaning for this body.
I have many motivations to get in shape. I want to be healthy for my family, for myself. I want to have the energy to keep up with my son, and be strong enough to carry him in my arms, always. And I want to go shopping for a new pair of jeans... ones without an elasticized waist band!
Is that so wrong? 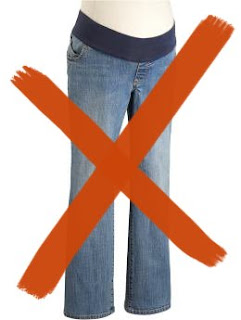 Back to work I go!

My maternity leave is over. Though I much enjoyed the time with Oliver, I am excited to return to work, happy to have conversations with people who converse back and who don't drool on me. During these early days I will often have my young son with me at the office, which is convenient for feedings, cuddles and getting an early start on his chiropractic training. It also allows me to use him as a tax deduction - an 11 week old can be considered an 'assistant', no?

There is a lot going on at the clinic now; I am excited to start working with Devon Strachan, a wonderful registered holistic nutritionist who has joined the practice. She is a real foodie who understands that healthy can and should be delicious, and that simple is usually best. Monday night yoga classes are ongoing, and our monthly baby massage classes are a hit. There is nothing cuter than a roomful of nearly naked babies. NOTHING. Of course we also offer acupuncture treatments and qi gong classes and massage therapy, and of course... chiropractic.

Spring is a wonderful time, for renewal, returning to work, getting in shape, getting back into health. Let us know how we can help you fully express yourself this spring.
Posted by Dr. Michelle Fagen No comments:

Welcome to the last resort, enjoy your stay

There is a time and place for everything.  That's what they say.  Actually, Barclay said 'there is tyme and place for euery thynge', but that's the kind of spelling you'd expect from someone who travels on a ship of fools.  The point is I haven't slept in a couple of months... oh, I've already used that excuse, excuse me.
Ah right.  The point is, there is a time and a place for everything.  Of course, this assumes that I am referring to the observable universe and not the possibility of multiverse, in which case there would be more than one time and place for everything.  But dopplegangers and Hilbert Space are beyond the scope of this blog, so I'll leave the parallel dimensions to the less sleep deprived, to people whose conversations don't regularly include such poetics as "did someone make a poopy diaper?" and "who's mommy's little puppy bear?  yes you are!  yes you are my puppy bear!!".
The point, for real now, is that there is a time and place for everything.  Of course, this relates to chiropractic, as do all things chiroscope.  See, chiropractic is remarkably effective.  It is safe, efficient and great at fixing a lot of ouches and twinges and whatnot.  But sometimes, it can't. Medicine and surgery, on the other hand, are also great.  Sometimes.  You see?  A tyme and a place for euery thynge.
Take me, for example (well, I don't see any other volunteers...).  Chiropractic helped me manage my lower back issues for many years.  It still does.  But when the situation became unmanageable, despite my most dogged attempts at all things conservative, surgery was recommended to prevent permanent nerve damage.  It was time to visit the last resort.   And though I was drug-free and as natural as could be during my pregnancy, when my son's heart rate decelerated enough to make my own heart stop, a cesarean section was recommended. Again, I visited the last resort.
It is not a place you go to easily, the last resort.  It is not a choice destination, but rather a choice we make when it seems we are out of choices.  Both times I have resorted to the last resort, I've been lucky and grateful to have the option.  I'd exhausted all other avenues, and it was the right place at the right time.
For people who pride themselves on being healthy or able to resist pain, on choosing the natural path or being able to self-heal (uh... me?) it can be difficult to succumb to more drastic measures and interventions, hard to acknowledge that the simple solution isn't going to work this time.  For people whose identity lies in these factors, say practitioners of natural healing arts (me again?), it can be hard to admit 'defeat', that we couldn't fix this problem, that the philosophies and techniques that we espouse weren't helpful, this time.
I've stayed at better places, but I'm glad to know that there is always an vacancy at the last resort.
Posted by Dr. Michelle Fagen No comments: